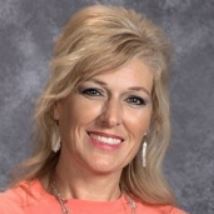 (July 13, 2022) Henderson ISD Trustees named Dea Henry the district’s new Assistant Superintendent of Curriculum and Instruction during their regular school board meeting Tuesday evening. Henry, who has served as a principal at both Henderson High School and Northside Elementary, brings to the role several years of administrative and teaching experience.

“I am so grateful for this opportunity,” Henry said following the announcement. “I look forward to working with Dr. Lamb and our campus principals to continue the great progress we’ve made in creating a district-wide culture of learning.

“I’m excited to have Ms. Henry in this role,” said Superintendent Dr. Thurston Lamb. “She is a valuable addition to our team and–most importantly–is fully committed to helping our kids by improving teaching and learning.”

Henry’s promotion not only fills a vacancy left by the departure of Dr. Stephanie Bonneau, who recently accepted a position at Mansfield ISD, it also triggered a series of moves in campus leadership at the high school and middle school.

“I am excited about the challenges in my new role,” said Dickerson. “At the same time, I’m pleased to have had the chance to work with so many amazing teachers and staff at the middle school over the past three years.”